About the Staffy Breed

A Staffy Puppy of the Breed.

The Staffordshire Bull Terrier is a medium-sized, stocky, and very muscular dog, with a similar appearance to the much larger American Staffordshire terrier and American pit bull terrier.

It has a broad head (male considerably more so than female), defined occipitalmuscles, a relatively short foreface, dark round eyes and a wide mouth with a clean scissor-like bite (the top incisors slightly overlap the bottom incisors).

The ears are small.

The cheek muscles are very pronounced. The lips show no looseness. From above, the head loosely resembles a triangle.

The head tapers down to a strong well-muscled neck and shoulders placed on squarely spaced forelimbs.

They are tucked up in their loins and the last 1-2 ribs of the ribcage are usually visible.

The tail resembles an old fashioned pump handle. The hind quarters are well-muscled and are what give the Stafford drive when baiting.

They are coloured brindle, black, red, fawn, blue, white, or any blending of these colors with white.

White with any other colour broken up over the body is known as pied. Liver-colored, black and tan dogs can occur but are rare.

The coat is smooth and clings tightly to the body giving the dog a streamlined appearance.

Although individual differences in personality exist, common traits exist throughout the Staffords.

Due to its breeding, and history, the temperament of the Staffordshire Bull Terrier is known for its character of intelligence, fearlessness & extreme loyalty towards its owners (family).

This, coupled with its affection for its friends, its off-duty quietness and trustworthy stability, make it a foremost all-purpose dog.

The breed is naturally muscular and may appear intimidating; however, because of their natural fondness for people, most Staffords are temperamentally ill-suited for guard or attack-dog training.

Since the British Dangerous Dogs Act made it illegal to own breeds such as the pit bull terrier, the press have reported many cases of attacks by Staffordshire Bull Terriers or dogs described as a “Staffordshire bull terrier cross” on children, adults and family pets.

Also, the description “Staffordshire terrier cross” is frequently a euphemism for a dog such as the American Pit Bull Terrier. However, the Staffordshire bull terrier, like all dog breeds, is capable of dangerous behaviour.

However, an earlier report into breed specific legislation observed the likely reason for breeds most popular in Australia, such as Staffordshire Bull Terriers and their crosses, being represented as having a higher involvement in aggressive behaviour towards humans is due to sheer number of them in the community, and that it is still only a small percentage of animals within these breeds that cause issues.

They express their affection to people through jumping up, nuzzling, licking and pawing, and even when trained can still be ‘fussy’ with owners and others.

Staffordshire’s are perhaps not suitable pets for those who prefer quiet, reserved dogs.

Staffordshire’s are notably adaptable in terms of changing home or even owners & unfortunately this can make them easy prey for dognappers.

RSPCA chief vet Mark Evans said: “Staffies have had a terrible press, but this is not of their own making – in fact they’re wonderful dogs.

If people think that Staffies have problems, they’re looking at the wrong end of the dog lead!

When well cared for and properly trained they can make brilliant companions.

Our experience suggests that problems occur when bad owners exploit the Staffie’s desire to please by training them to show aggression.” 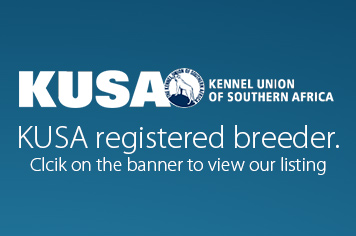